The Most Advanced WordPress Portfolio Plugin Ever 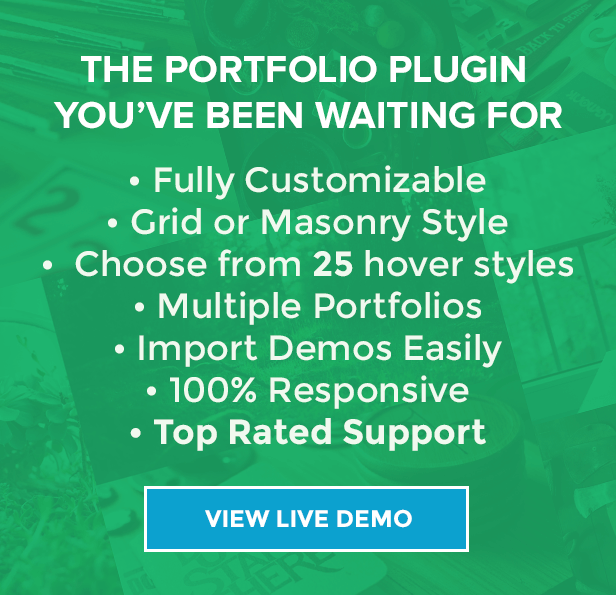 What is Union Portfolio – A Premium WordPress Plugin

Union Portfolio is a group effort from our team of freelance designers and developers. There are many nice themes, with many nice portfolios, but we could not find one stand alone wordpress portfolio plugin that we liked. Sometimes you find the perfect theme, but it lacks a perfect portfolio. So we created Union Portfolio. We wanted an elegant, clean, and simple portfolio that featured the latest design trends such as parallax, revealing headers, full width images etc. We hope you enjoy it!

We are here to help. We are 100% dedicated to satisfying our customers. If you have ANY presale questions or comments please do not hesitate to post in the comments section here on the Union Portfolio item. If you’re not sure if this item is right for you, we are here to answer your questions. If you did like our item, and our support, or just want to help the progress of features please rate the item five stars. Rating items help increase sales, which help us to improve and constantly add new features. If you were not 100% satisfied please get in touch with us before rating the plugin so we can ensure you are happy.

We keep a log of all feature requests, if we are asked for a particular feature by the community we will work it into our future feature list. Please post any requested features in the comments section.

We would like to thank Forgraphic for the mockup images used in our portfolio. As well Zoommy for the stock photography.